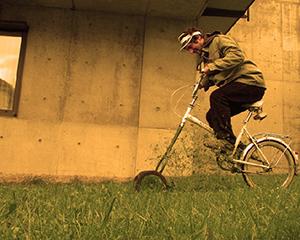 “A master in the art of living draws no sharp distinction between his work and his play; his labor and his leisure; his mind and his body; his education and his recreation. He hardly knows which is which. He simply pursues his vision of excellence through whatever he is doing, and leaves others to determine whether he is working or playing. To himself, he always appears to be doing both.”

One of the most important concepts I learned in Economics is that of opportunity cost, meaning the cost of doing one thing is missing the opportunity to do something else. This concept could be applied to virtually any course of action, financial or otherwise, and people use it all the time without knowing it. Another concept is that of Psychic income, or the satisfaction one feels from doing a task, hobby, or enjoying down time. Psychic income can come at the cost of monetary income, but it does not have to.

Let’s assume a hypothetical person, Fred, is tired of taking care of his lawn every week, because it takes 3 hours, he does not enjoy it, and he would rather spend the time working at his job mending fences, which pays him $100 per hour. A neighbor refers Fred to a landscaper, Mike, who will take care of it for $125 per week.

An accountant might say that it’s foolish for Fred to pay $125 to have his lawn mowed – he could save the money by doing it himself. But an economist would say that Fred is much better off having the landscaper do it. Fred could have earned $300 in the time it took him to mow the lawn ($100 per hour x 3 hours working mending fences), but he would have to pay $125 to have the work done for him. He should hire the landscaper, pay $125, and earn $300 in the time it would have taken him to mow the lawn. He is still better off by $175!

Fine, you say, but what if Fred decides to spend his newly found free time watching the grass grow. Now, he did not earn the $300 he could have if he worked. The accountant says “ah-ha! Fred is out $125 – he should have taken care of the lawn himself”! The economist would say “Well, Fred must really value his time watching grass grow, even more than the $125 he is out by paying the landscaper, so therefore, he is better off”.

This satisfaction Fred feels over and above the cost of the landscaping is called psychic income, and it’s not the same as the happiness one feels after visiting a psychic and having a séance to converse with your long dead parakeet, Paco. Intuitively, Fred “did the math” and decided that he would rather pay to have his lawn mowed and enjoy some much needed down time, and therefore he is better off.

The amount of psychic income that one feels from taking a course of action is different for everyone. Fred’s neighbor Arnold might love mowing the lawn, even though he could earn $300 per hour in his crab grass exporting business. He “did the math”, and is better off when taking the extra psychic income into account:

What Arnold saved by not hiring the landscaper to mow: $125

Psychic Income (subjective and different for everyone, or the value Arnold places on mowing his lawn): $1000

Ok, you say, but Arnold does not have the Psychic income in his pocket, and good luck paying the mortgage with it. There is no market for the happiness, comfort, and rejuvenation you get from psychic income, except in your mind, and the numbers are as different as there are differences in hobbies and goals. In fact, I would argue that all of the studies on money and happiness are missing the point. They should be studying WORK and happiness! You have to WORK MORE to get more income, and at some point, you would rather have more free time than more money.

One of my more astute economics professors used to say that economics should not be about profit maximization, but happiness maximization, and nirvana would be a career or lifestyle that provides psychic as well as monetary income. The person who hates his job would rather work just enough to not get fired, and trades the opportunity for more income for more time doing things he or she enjoys. The landscaper might love mowing lawns, and therefore, not only earns $125 for cutting Fred’s lawn, but receives an additional benefit – he comes home rejuvenated from his job and can’t wait to get up in the morning and go to work. He will live longer, earn more, and have a higher life satisfaction. How do you put a price on that?

“They deem me mad because I will not sell my days for gold; and I deem them mad because they think my days have a price. ”