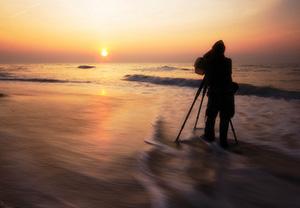 “If you do something you love, you will never work a day in your life.”

I’ve always been intrigued by the notion of happiness. I began reading the happiness/success literature many years ago, starting with How to Win Friends and Influence People by Napoleon Hill. While I’m not yet retired, I’m trying to learn the keys to true happiness NOW to help myself, but also so I might help those who are already retired. Of course, it’s a good idea to figure these things out sooner rather than later!

It seems that happiness is not a destination, but part of the journey. Sitting at the pond behind my house, and thinking about the times when I am happiest, I remembered being a kid. Some friends and I were in the woods playing tag. We were so wrapped up in the game that we did not notice it was getting dark. Luckily, my friend’s Dad knew where we were and came with a flashlight. But, we had all missed dinner, and back then, if you weren’t home for dinner, you did not eat until the next morning. I didn’t care – we were having too much fun to even notice the setting sun!

My friend’s Dad loved restoring old muscles cars. He had a garage with all the tools, and whenever I was there, he would be in there tinkering with the latest muscle car he happened to be working on. If I spent the night, I would hear him working long into the night, sometimes with his neighbor, making that car like new. The funny thing was, as soon as he restored a car, he’d sell it and start another one. It wasn’t about the end result, but the process that mattered, and, although he spent most of his free time in the garage, he never seemed to tire of it. If you came out to watch and asked a question, his eyes would light up as he explained the particular part he happened to be working on that day. His wife would bring him dinner and it would sit on the workbench because he was so wrapped up.

My wife loves to entertain. She will prepare and prepare for the smallest of gatherings. And while we have guests over, I notice that she actually seems more energized as the night goes on. At the end of the evening, she’s content, even while cleaning up. None of it is work to her – the happiness is in the doing!

Five years ago, if you told me I’d be getting up at 4:30 in the morning on weekends to go take pictures, I would have called you crazy! But now, that’s what I’m doing, and gladly. I can’t wait to catch a sunrise from a mountain or see a beautiful waterfall in the morning light. As often as not, I’ll come home empty handed, but as any hunter or fisherman knows, it’s about the doing, and I’m still a “good tired” at the end of the day – trophy photo or not.

There is something about focused attention on what you love that stops the clock. The “mental tape” in your mind that plays all your worries and to-dos for a while disapears. You are totally in the present moment.

So – when do you lose track of time?