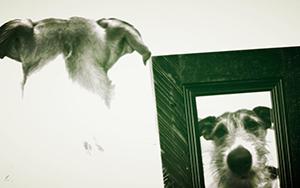 Having a hard time coming up with goals to work toward? Try writing a letter to yourself from 20 years into the future. Or, if you prefer, send yourself an email using this site.  Here is mine:

First, let me congratulate you on deciding not to worry so much – I know it was hard for you not to. Most of what folks worry about never happens anyway, and I’m happy to say that that was the case for you. You even avoided a heart attack, and Joy and the dogs liked being around you so much more.

Second, thanks for continuing on that exercise program. I just had a physical and passed with flying colors. Many times you wanted to quit because it was difficult finding that extra hour in the day. Listening to your IPOD while you exercised meant that you listened to the equivalent of 480 books in the last 20 years, all while keeping slim!

I’m also glad you saved enough. You had to forgo some things, like when you wanted that in-ground pool or the new car, but you decided to put the money toward retirement. Even though you like work so much that you have not yet retired and probably won’t, you can if you want to – and that’s true financial independence.

Thanks also for finally learning that happiness doesn’t come from stuff! You figured out that things like walking the dogs (they were so happy), working in the yard, or reading a good book brought you true peace of mind. And can you really argue with how nice a good cup of coffee tastes while enjoying the sunrise in the morning? Did I mention the quality time working on projects with Joy? They cost peanuts!

While you were frugal most of the time, kudos for taking that dream trip you and Joy always wanted. You didn’t miss the money you could have earned, but you still think of that trip all the time.

Oh – and that disability insurance that you thought was a bad idea? It turns out you needed it, because you weren’t paying attention when doing some landscape photography. You fell off the side of Vroman’s Nose Mountain. Luckily, you broke a few bones and were back to work in only 2 years. The jury is still out on whether the long-term care insurance was worth it (you don’t know about that yet, since you bought it after recovering from the fall). Let’s hope it’s a waste of your money!

OK – now for what didn’t work.

First, the idea of opening a restaurant that specialized in Spam dishes didn’t work out so well. I know you thought that Spam was due for a comeback, but it never happened, dude. The restaurant did make it into the pages of a national magazine in an article entitled “The 10 Most Stupid Restaurant Ideas Ever” – and you were number 2, right behind the place called the Pimento Loaf Palace.

And all that eating what you thought was healthy was for naught. Recent research has found that fruits and vegetables are not so good for you – they can’t even be found in the food pyramid anymore. At the base of the pyramid are now cheese fries, General Tsos chicken and scotch. But don’t worry – there’s time to make it up!

Anyway, I’ll be seeing you sooner than you think – scientists recently confirmed what we have always suspected: time really does go quicker the older you get. Keep that as a reminder!

Best Wishes for the Future,