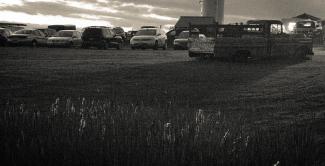 “Use your health, even to the point of wearing it out. That is what it is for. Spend all you have before you die; do not outlive yourself.”

You may already know the dangers of over spending. Living beyond your means, which includes running up credit card debt or drawing too much from your investments, can be financially devastating. But what about under spending, or extreme frugality? I’m sure you’ve heard stories about the bum who, upon passing, was found to be a millionaire, or perhaps you have a friend or family member who lives close to poverty even though they have the wherewithal to live better.

I recently met with a woman in her mid-eighties. She and her husband worked hard, saved, and lived below their means for many years. Upon retirement, they decided to take a very small portion from their investments to live on every year – far less than prudence would suggest.

She told me that, in many years they did not draw from their investments at all. They decided not to go on trips or spend their money on gifts or family because they might need the money to live on. While their friends went on cruises and went out to dinner, they opted out, even though they thought they would enjoy themselves.

The woman’s husband passed away some years ago. From then until now, the woman’s health slowly deteriorated, and she continued living well below her means, even though she has a fair amount of investment assets. She still lives in her own home, but may not be able to much longer due to her failing health, and will have to enter an assisted living facility at some point. She has no children or close living relatives.

When I met with her and reviewed her financial situation, I quickly realized that she was sitting on a tax time bomb. Most of her assets are tied up in an IRA that the IRS forces her to draw increasing amounts from every year and pay tax on. Also, unless she starts spending significant amounts or gives her wealth away, her estate will be subject to significant “death taxes” upon her passing.

The woman confessed that her biggest regret in life was that she and her husband did not enjoy their wealth more when they were both healthy. If she knew then what she knows now, she would have taken that cruise or gone out to dinner more often. She told me that she would not now miss the money, but she sure misses the experience.

Now, I’m not advocating frivolous spending – far from it. In fact, spending less in bad times and living prudently can save your retirement. But the opposite – extreme frugality – can be just as dangerous. What is the point of wealth if you don’t wisely enjoy it?

The key is balance. Here are a few suggestions: