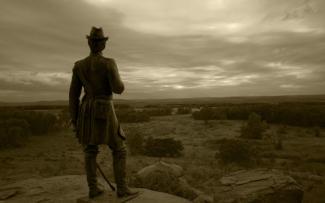 Months or even years can be spent planning a military strategy, but, in the fog of war, these plans inevitably change, and are sometimes rendered useless, by external events. That’s why the idea of Commanders Intent is so important. Based on a single sentence, a soldier can improvise when the best of plans go awry and still achieve the mission. This idea can be applied to retirement planning.

The definition of Commander’s Intent is:

In retirement planning, the intent might be to make to make sure your financial assets last longer than you do. Risks are assessed, retirement simulations are run, and probabilities of retirement income amounts are calculated. We spend days, months and even years drafting, refining, and finally implementing a retirement plan. But at the end of the day, we are still subject to forces beyond our control.

Like in a military campaign, all of our planning assumptions will be tested. Inflation won’t equal what we thought, the financial markets will gyrate, jobs will come and go, and tax laws will change. But does this mean we should not plan?

No – because keeping an eye on your intent helps to chart a new course as the terrain changes. We can calculate the chance of success of different courses of action. What if you decide to work part time in retirement, or invest more (or less) for growth? What if you take more (or less) investment income? Knowing what your intent is will help you improvise when necessary. Like a soldier in the fog of war, retirees need to keep their head and remember their long-term financial goals when the going gets tough.

In retirement planning, we acknowledge and honor the chance that things can turn out differently than planned, and after we have planned for the most likely scenario we should take steps, like adjusting savings or investment withdrawal rates, to mitigate any risk we are uncomfortable with.

If none of these wealth eroding forces existed, planning would be relatively easy. But not only do they exist – they change, sometimes unexpectedly and quickly, just like the enemy can during wartime.

How much risk is acceptable in the financial planning “operation”? That depends on you. One General might decide that the risk in a particular military operation is high whereas another deem it low, and therefor plan a more conservative or aggressive strategy. Likewise, a potential retiree might decide that the risk to an early retirement is too high, and put it off for a couple years, or invest more (or less) for growth.

In summary, you should keep an eye on the end game when the retirement terrain changes. Like a soldier who uses Commander’s Intent to chart a new course, retirees need to plan, strategize and improvise.