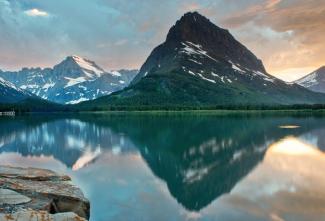 Bucket Lists for a Retirement Plan With Meaning

“If you are bored with life, if you don’t get up every morning with a burning desire to do things, you don’t have enough goals.”

Many people do not have a sense of urgency to accomplish their life goals because they think they will have time to do it later.

In the movie The Bucket List, two men learn they have a terminal illness and are going to die soon. They then set out to accomplish all the things they want to do before they die, known as a bucket list (before they kick the bucket). The movie is inspiring, and I highly recommend seeing it. However, as a financial planner I have a problem with the idea that they waited until they had a terminal illness before making and fulfilling their list. What were they doing with their life before then – wasting time?

We all know we are going to die, and most of us don’t get the luxury of advance notice. Since we have no idea when death will knock, shouldn’t we be working on our bucket list now? Why should it take a call from a doctor to work on what is most important when at that point it may be too late?

We all may be able to benefit from a man known as John Goddard. He is probably the greatest goal achiever in the world. When John was 15, his father’s friend told him that he regretted not working more on his goals. Motivated by that insight, John then wrote a list of 127 goals he would like to accomplish before dying. As of now, he’s accomplished 109 of them.

The time to start working on your bucket list is now, whether you are 20 or 80. It shouldn’t take a brush with mortality for you to accomplish those things which you feel will bring happiness and a sense of purpose to your life.

As part of a retirement plan, be sure to draft your own bucket list and make sure your advisor budgets for it in your plan. Don’t end up with numbers but with no sense of fulfillment.